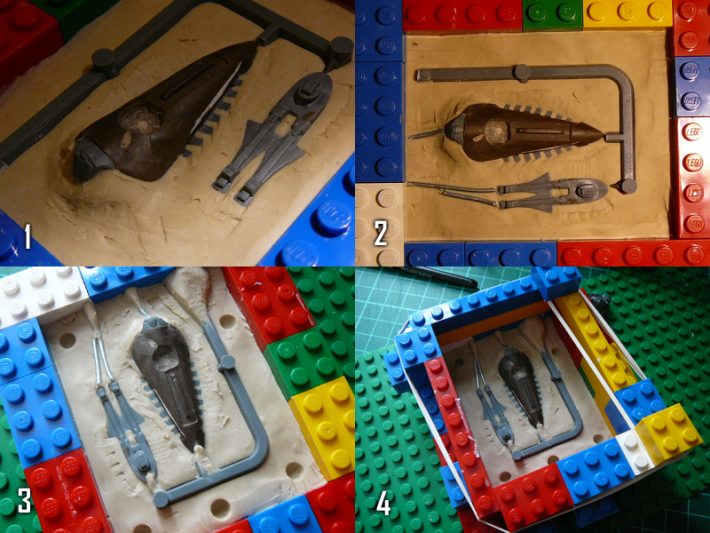 Last night and this morning I started the process of making a mould of the finished part. Since I’ve also finished the shuriken catapults I decided to cast these at the same time, after all, we will generally need both for a single jetbike (actually that’s a rubbish reason as we’ll also need fins and maybe a couple of other things, but I couldn’t wait to finish those before mould making!)

Here’s a step by step of the process I’ve been through so far.

First, planning. I’ve learnt from reading various other plogs involving casting that this is very important. You need to be able to predict where air will accumulate in the mould and try and prevent that from happening by orienting things so that there are no air traps and where there are, there are escape routes for the air. After some thought this is what I think is the best layout of the sprue for these two parts. Resin will flow down the large pouring hole on the right, fill the parts from the bottom up expelling air from the vents as it does so. 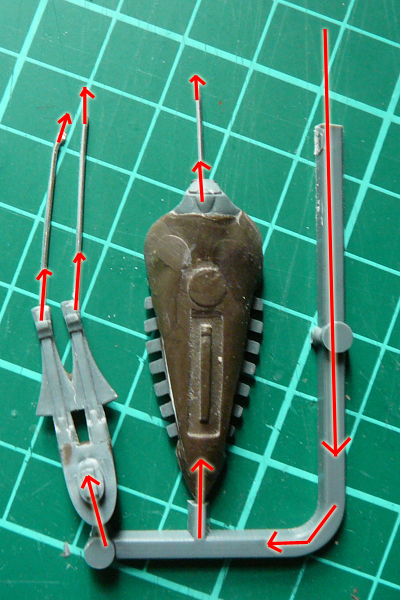 As it is, I still expect there to be various problems that will need fixing, notably on the underside of the shuriken catapults where there is a possible large air trap that I couldn’t run an escape route from, and on the vanes of the canopy part which are just uncredibly fiddley.

Next I made a mould box out of lego to a size that leaves approximately 1cm around the sprue. This was filled with a layer of plasticene which was compressed and smoothed into the corners of the box, before the parts were pressed into the plasticene as per the plan. 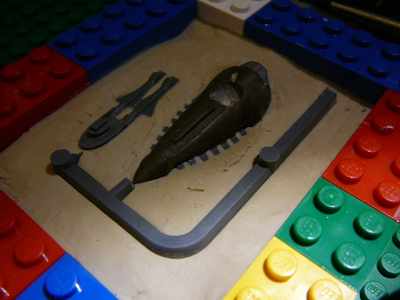 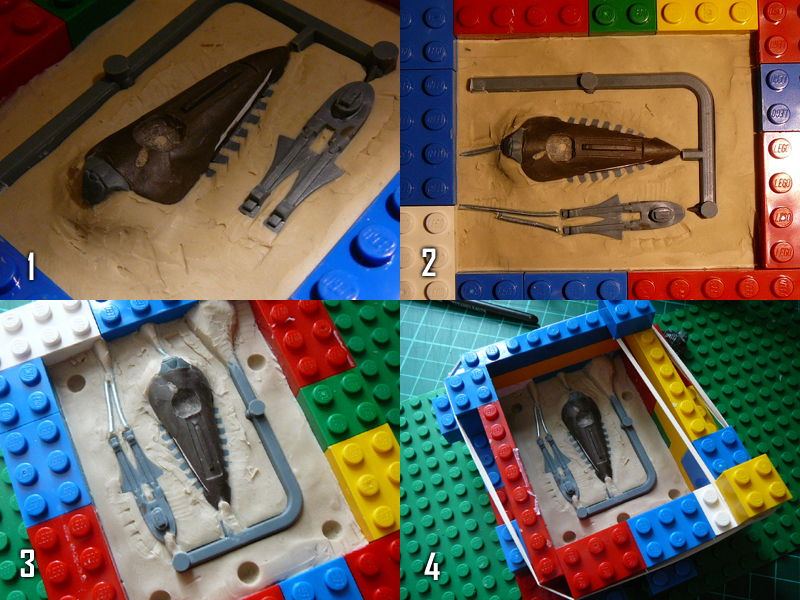 Finally we’re on to the pouring of the first half of the mould (click for a full sized image): 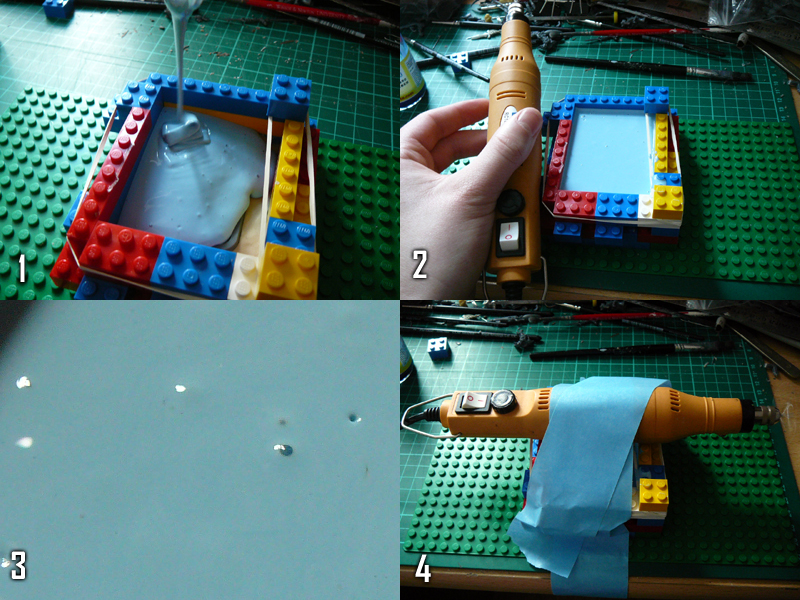