The mould making stuff has been in a box for years but it seems ok so far, and by way of proof and illustration here is a thoroughly uninteresting photo showing the first half of my first ever mould having just been poured (the bit being cast is an equally uninteresting arm, that I felt had a reasonable degree of detail that you’d expect to find on Eldar models): 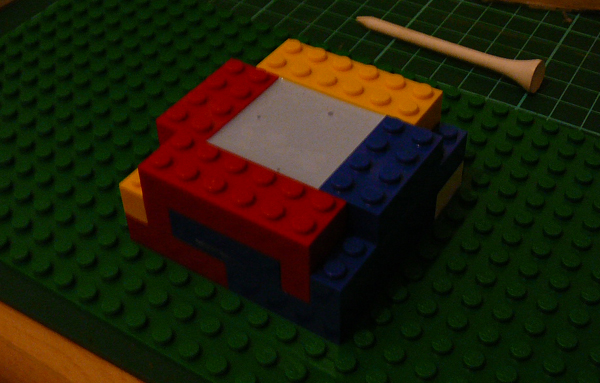 I’ve watched some great logs involving sculpting and casting on Warseer over the years and can only hope I can bring a bit of that magic as well.  Lego seems to be featured in 90% of the casting tutorials I’ve seen.  It worked well so I can recommend it – much better than burning through plasticard making a new mould box each time!

So this first test went okay so far. No bubbles appeared in the rubber around the piece which i think would be one of the first stumbling blocks, and the detail seems to have registered well. I’m now waiting for some mould release spray to arrive in the post so I can pour the second half of the mould before testing out a cast.

To add further to the frustration of waiting around for the postman before being able to progress the project I’m also waiting for a box of Dark Eldar Reavers, which will be forming the base of the new “better jetbikes”. What I have come to find quite funny is that many people, including me, have looked at Jes goodwins concept jetbike and wondered why GW haven’t made it yet.  I’ve only realised literally in the last week that GW have in fact made the concept jetbike – it’s the bloody reaver! Perhaps it seems obvious to you but I’ve really never had a reason to stare at the reavers long enough to make the connection. If you haven’t noticed this before either, you only need to compare the concept photo with one of the reaver close ups on the GW site. 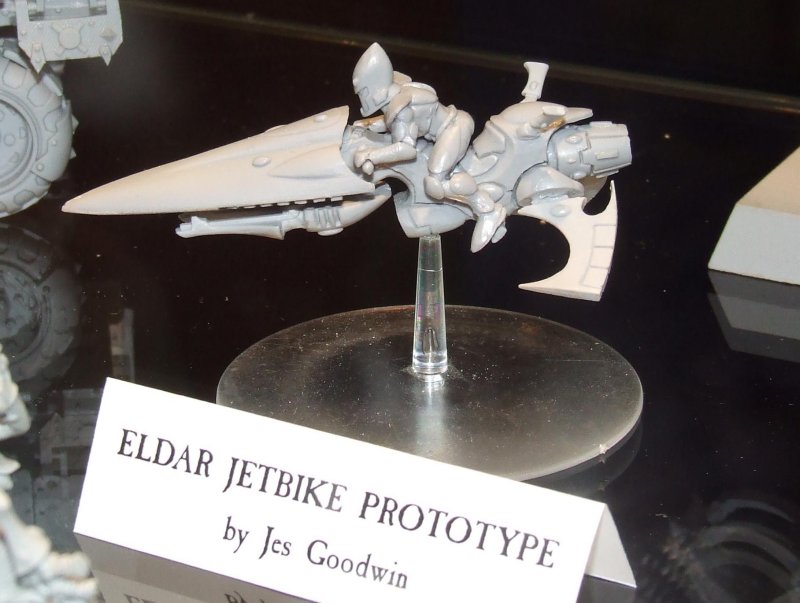 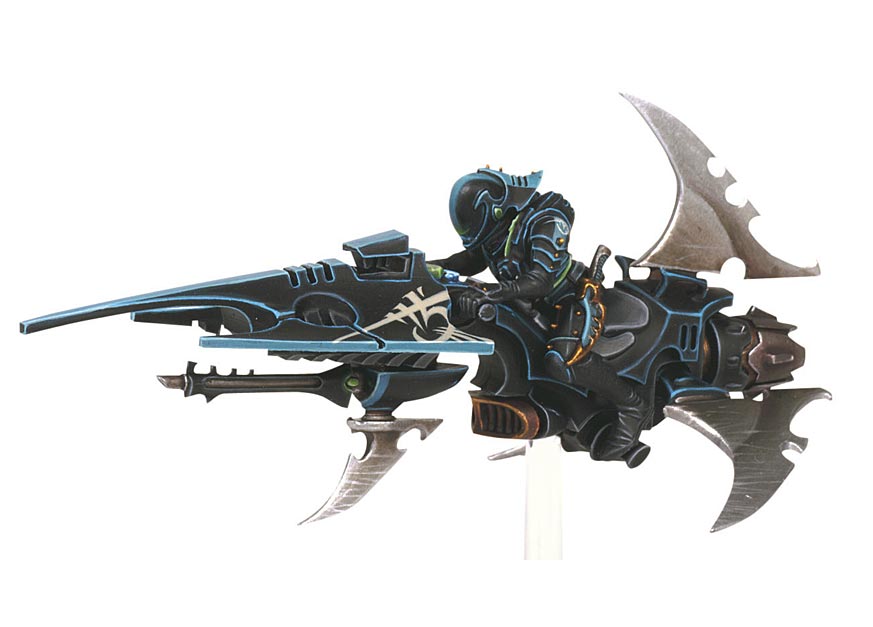 Granted, there are lots of differences but the fundamental structure of bike and rider pose are right on, and once this kit is supplemented with the normal jetbike kit and plenty of sculpting I reckon I’ll be on to a winner.

To pass the time while all this waiting is going on I have been enjoying the inevitable flood of new Eldar logs around the web, ripping apart my old jetbike efforts, starting with the jetseer from a few pages back, fiddling with possible Shining Spear helmets (nothing much worth photographing yet) and thinking about all the parts I will need to make to get to the stage where I can cast kits for myself…

Farseer (used as an upgrade on the warlock Sprue)