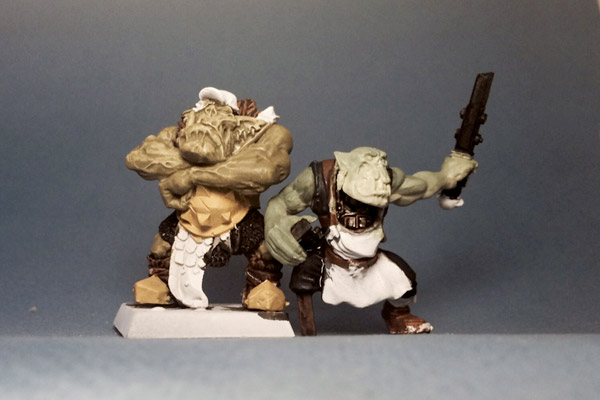 While most of my attention in the last couple of months has been on finishing Wildwood Meadows, I’ve also been chipping away at the Orc team now and again, mostly following the previously described approach of painting in the evenings while in front of the TV on my mobile paint station (also known as a dinner tray).

My commitment levels to glazing has fallen as the project has gone on, with more and more of the players using more of my typical half layering, half wet blending approach.  This is just due to expediency as much as anything although lack of summer lightning makes it quite difficult to glaze with any accuracy anyway.

Nearly all the players and core staff have their skin painted now, which is probably the most time consuming part.  No one model is complete, though several have lots of details painted on.  Even for me this has been quite a schizophrenic project so far but for some reason I’ve been unable to resist painting black and white checks on various occasions, meaning I have detailed some models before even painting the basic expanses of armour.

Here we have the thrower and three Orc linemen.  Collectively the most advanced player positions in terms of painting, I have only to finish the skin and main details on the left most lino, leaving me with just “hyper detail” like player numbers and whatnot. 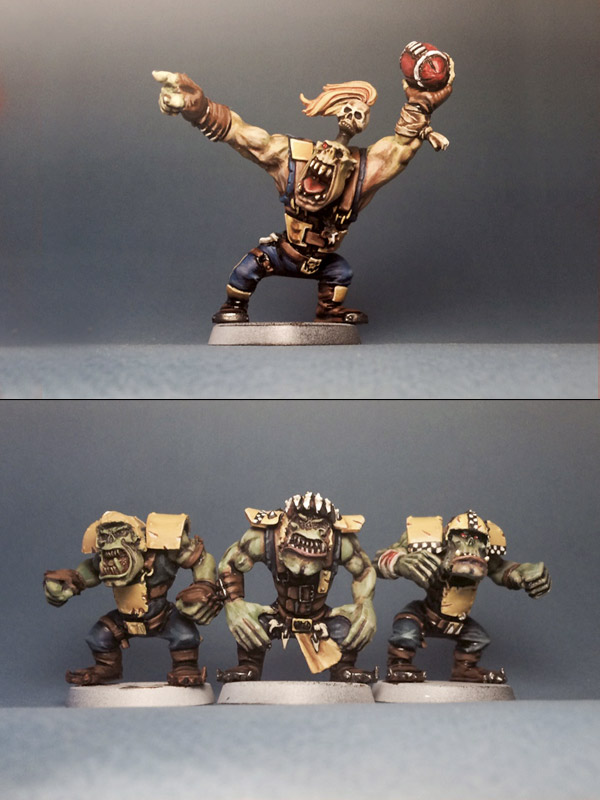 Then the Black Orcs, collectively the least advanced player positions.  All the skin is done and I’ve started detailing, but most of the armour plates (and there are a lot) are still to do. 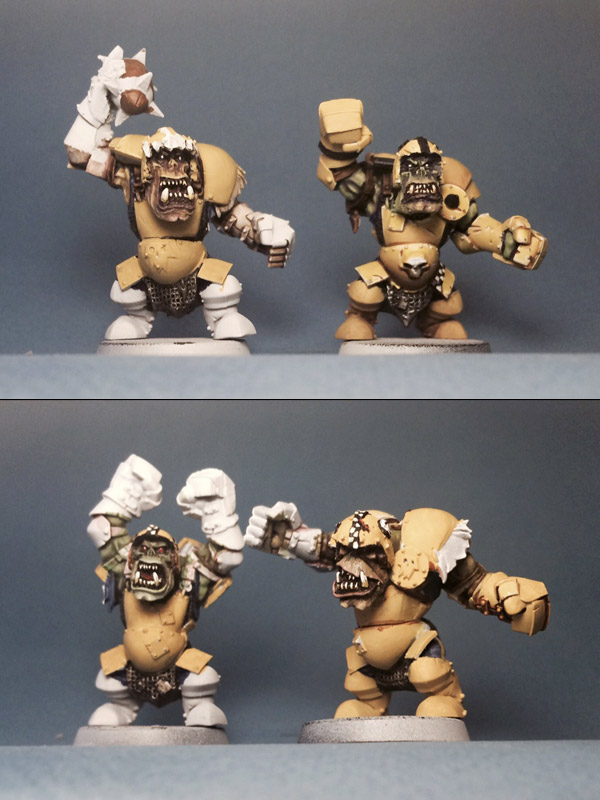 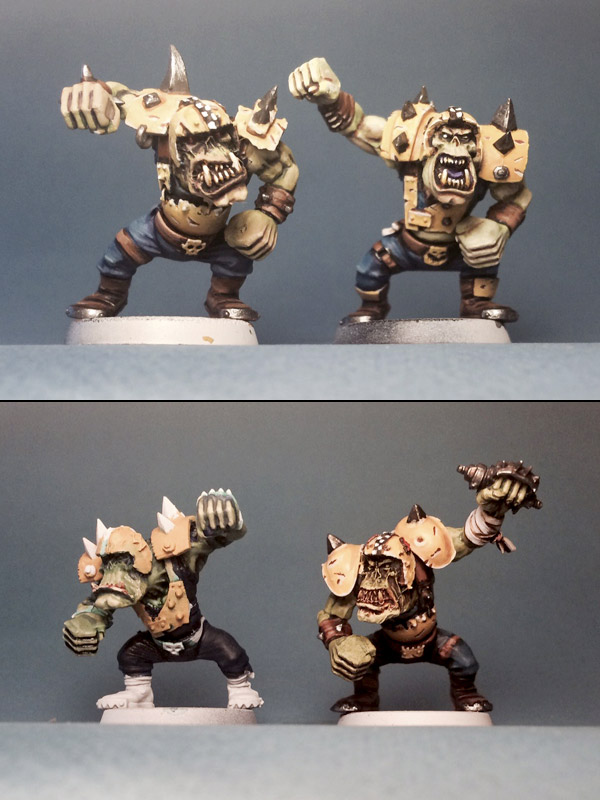 Coach Gorfragg and Da Dok are pretty far behind, though I have sculpted the Dok’s bloody apron and begun painting on both.

I’ve refrained from photographing the troll as he has not progressed much at all, the expanse of skin to be blended/glazed is too intimidating!