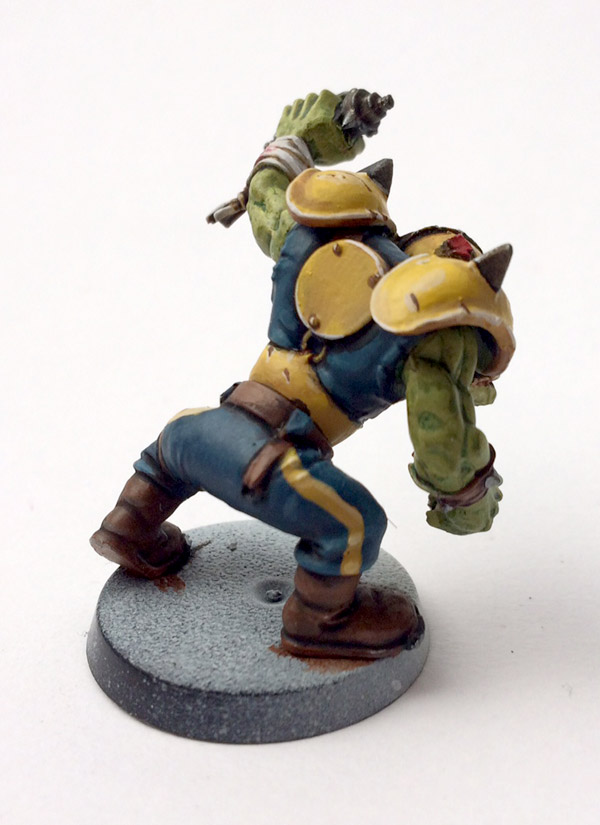 I’ve struggled quite a lot with a good uniform for the Orc team. My first vision was quite bright blue armour, with white details and purple clothes.

Then back to the bright blue but with dirty off white clothes, which was unsatisfactory, not to mention white clothing adds some significant time to the painting process.

Then a sort of baby/powder blue with the same white clothes.

You may notice I was trying to avoid red as though it looks great on Orcs, Tom’s Orc’s are red and I wanted to find something different.

Last night I tried going back to the yellow armour, but instead with dark blue-green clothes (which I have since discovered is called midnight green) and yellow sports stripes on the trousers. This is working for me quite well and not a moment too soon as I’l run out of Orc’s to test on soon (I don’t want to put more than one test layer on each Orc for fear of obscuring detail).

Terrible photography this morning but hopefully you get the idea… 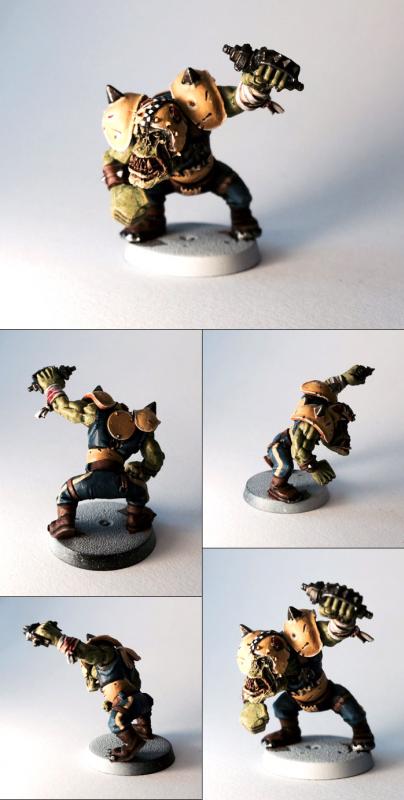 (Note that the skin on this Orc isn’t finished)