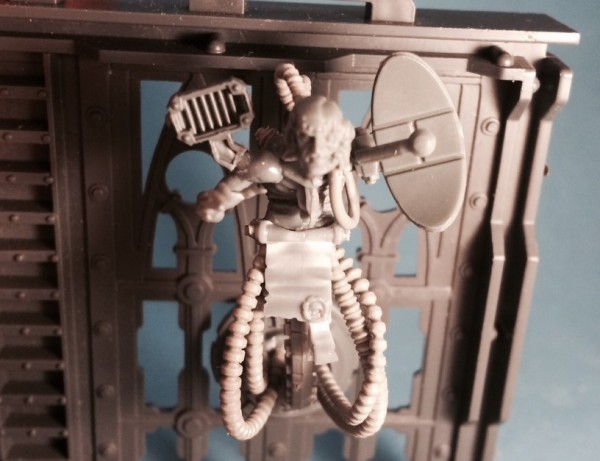 Servitors are some of the most messed up Games Workshop creations, and among servitors there is one particular type, not present in miniature form but occasionally glimpsed in artwork, that wears the crown for being grotesquely dark, morbidly funny and perhaps most distinctly of the 41st millennium.  These are the servitors attached to buildings.  You know the sort; mostly limbless, emaciated and augmented with menial bionics like loud hailers, street lights, scribing machinery and security cameras. The Imperium’s obsession with reincarnating their loyal servants taken to the extreme.

One can imagine a loyal Imperial servant who has spent his life of drudgery diligently making Imperial proclamations over the local Necromunda public address system, duly mutilated and bio-mechanically altered, attached to the local street corner and hooked up to a nutrient drip and power supply so he can continue his duties ad-infinitum.

I am unsure what to even call these Servitors, but “public information” or “public service” Servitors seems as good a name as any, given the functions they are typically depicted as having in the artwork, or perhaps “building slaved” as they are obviously not mobile.

Either way, I want some for my gaming table!

This weekend I embarked on making my first Servitor of this type.  I plan to create 2 or 3 – just enough to add the touch of the truly bizarre to my games of Necromunda.

For making Servitors or other ad-mech creations a tube tool is an absolute must.  It makes creating armoured hosing, power cables and whatnot trivially easy.  Once you can churn those out, half the battle of making a decent servitor is won.  Mine is  based on a Warhammer ghoul torso attached to the wall plate with a vehicle heavy bolter ammo feed. 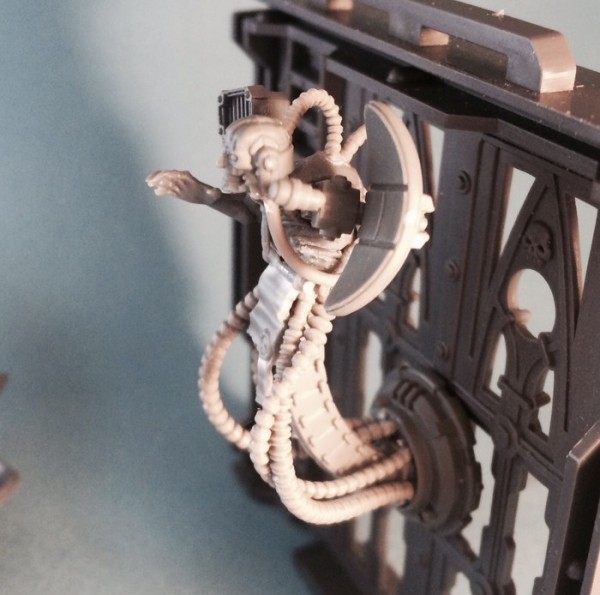 The wall plate is also a Space Marine vehicle part of some description (I believe it may be the base plate of communications array).  Numerous tubes were then added by drilling small holes where the tubes connect to the wall plate and the torso and then super gluing the tubes in place. 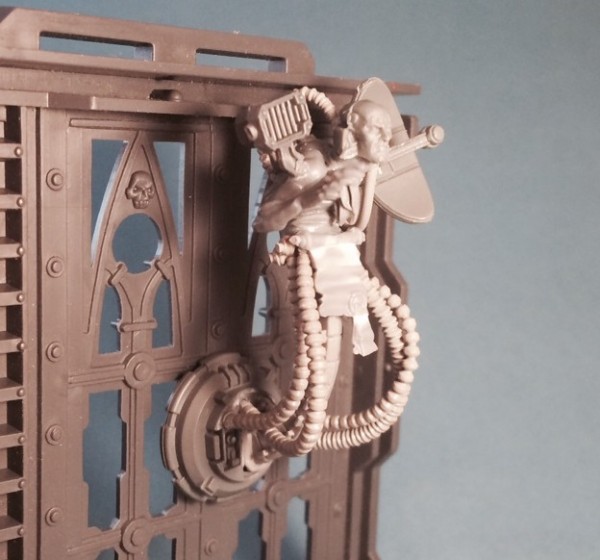 Ransacking my bits box turned up a number of lights, speakers and satellite dishes that would give the Servitors their function.  I replaced one arm with a satellite dish, and used a ghoul arm for the other with a speaker sprouting from the shoulder.  The head is a Space Marine head with the armoured collar cut down. 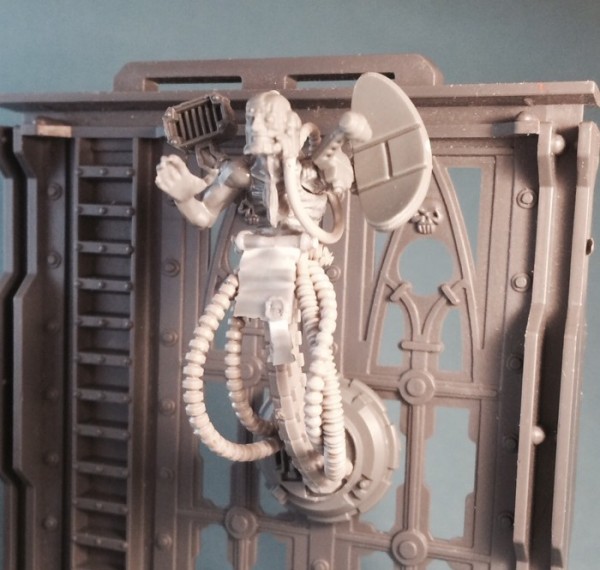 A small Space Marine scroll, more tubes and lots of rivits complete the picture.  I will just need to do a spot of filling and sculpting before this chap is ready to paint. 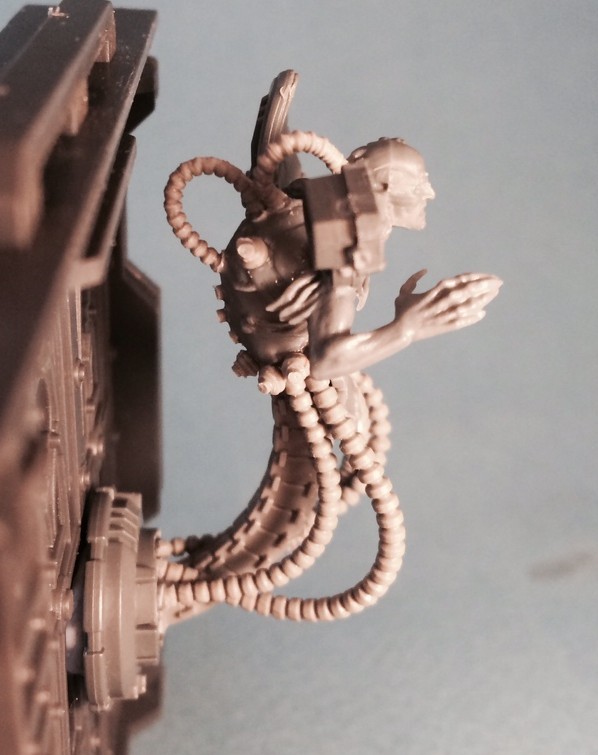