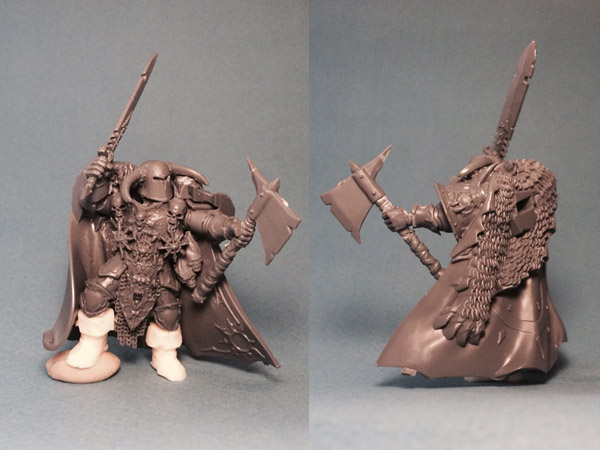 I’ve progressed 4 Chaos Warriors to the point where they now need detail sculpting on them.  Yes, 4!  Nobody ever said this would be a quick project.

Although I dislike the stock Chaos Warrior models even I couldn’t bring myself to start hacking up my previously painted Warriors just for their boots.  So I have built a mould for these, two of which I modified so they are more suitable for the other foot.  The stock models only have two feet – a walking left foot and a flat right foot.  My mould has a walking left and right, and a flat left and right.  Only two Chaos Warriors were harmed during the making of this mould.  And, the same applies to the stock Warrior cloak which I will be using in various hacked up and bent forms to make my new cloaks.  I’ve covered the intricacies of mould making and casting elsewhere (notably on my Eldar Jetbike project) so won’t go into detail here.

Before I crack out the Procreate, I thought some final pre-sculpting shots would be useful to allow later comparison.

The lord based Warrior now has boots, nothing else has changed.  He’ll need the following sculpting: 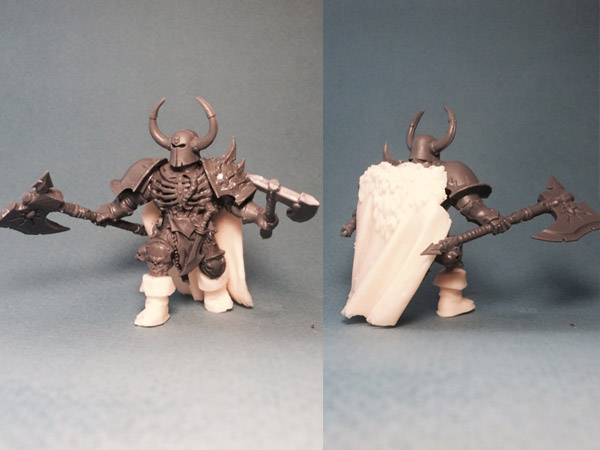 I previously showed this guy with a bare head but eventually decided to go helmeted.  He’ll needL 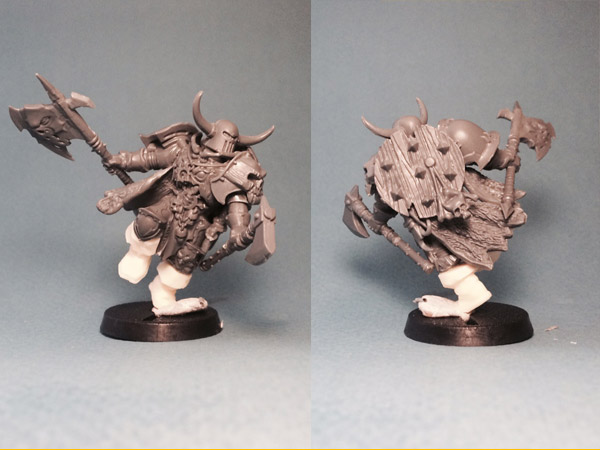 This is our first Aspiring Champion based model.  He now has boots and more cloak than before.  He’ll need: 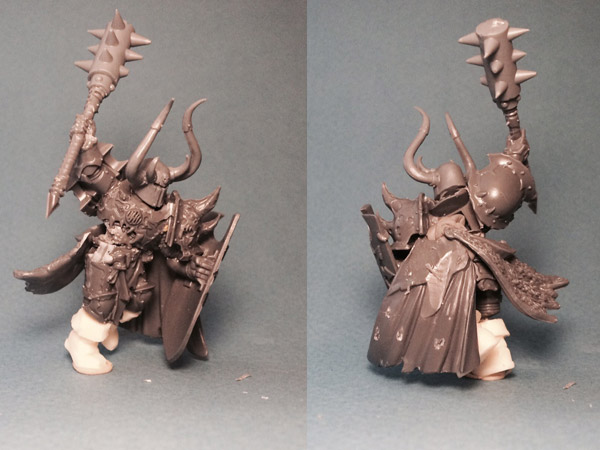 This guy needs by far the most work given he doesn’t actually have a back and his two cloak parts are very different.  He’ll need:

Note the mace head, which I took from the Black Orc kit. Big, isn’t it? 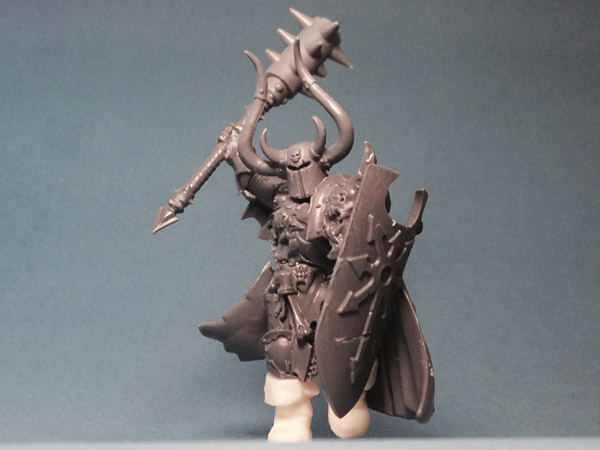 A fun parting shot from the persective of some unlucky sod.