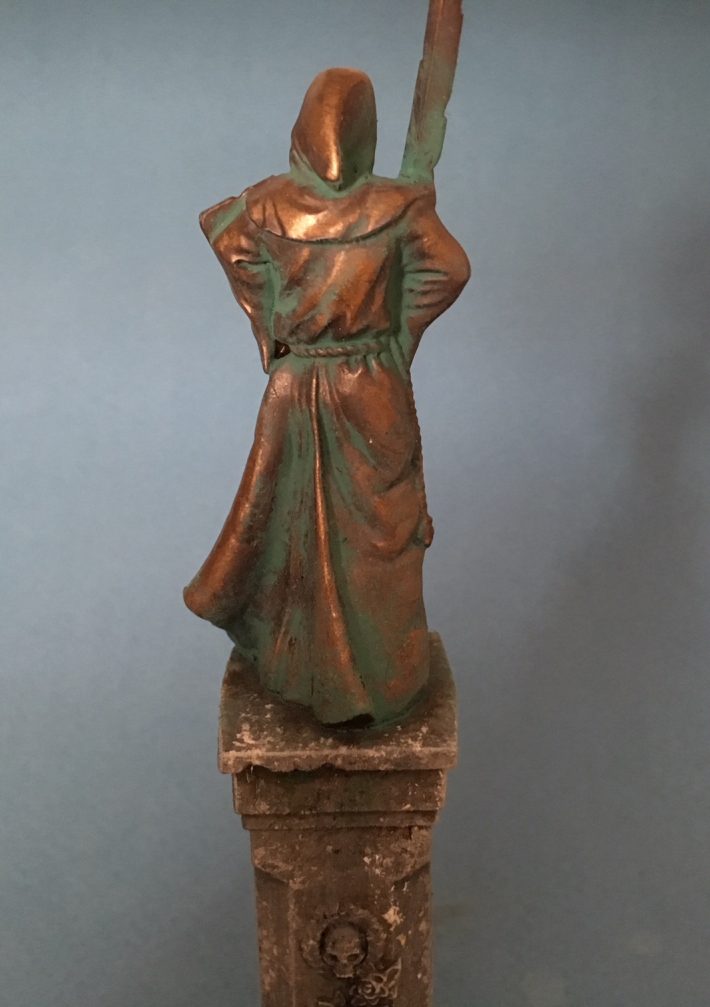 Note: this all happened before Games Workshop released a technical paint to achieve an effect like this.  Nowadays you could just use a pot of Nihilakh Oxide and get a pretty decent effect.

I wanted to paint the statue that comes with the Garden of Morr as a verdigris covered bronze statue.  At the time of painting this piece, I’d recently pioneered a technique I called “the gunk method” for painting big models VERY quickly. This was originally designed for Imperial Guard tanks, because I needed to paint dozens of them within the space of a couple of weeks for a very big Apocalypse game. 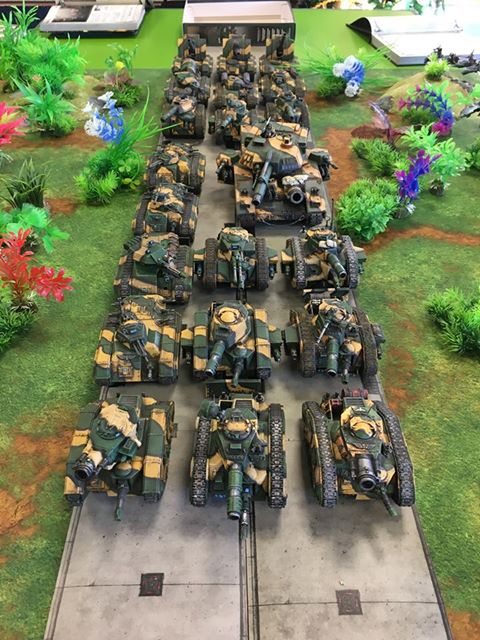 This involved roughly base coating them, then mixing up PVA glue with cheap brown and black poster paint into a thick goo, liberally coating the entire model, then wiping it off with a damp cloth.  Depending how much I’d wipe off, the finished effect would vary from just shading the recesses (wiping off most of the paint), to staining and weathering the model (wiping off some of the paint and using downward wiping motion to create streaks), to representing built up dirt (wiping off almost none of the paint).

I thought this method would also work on the statue. After undercoating in black I painted several thin coats of bronze paint and then mixed up a blue green goo, covered the model and then wiped off the paint until I was left with verdigris in the recesses and some streaks where water had dripped down. 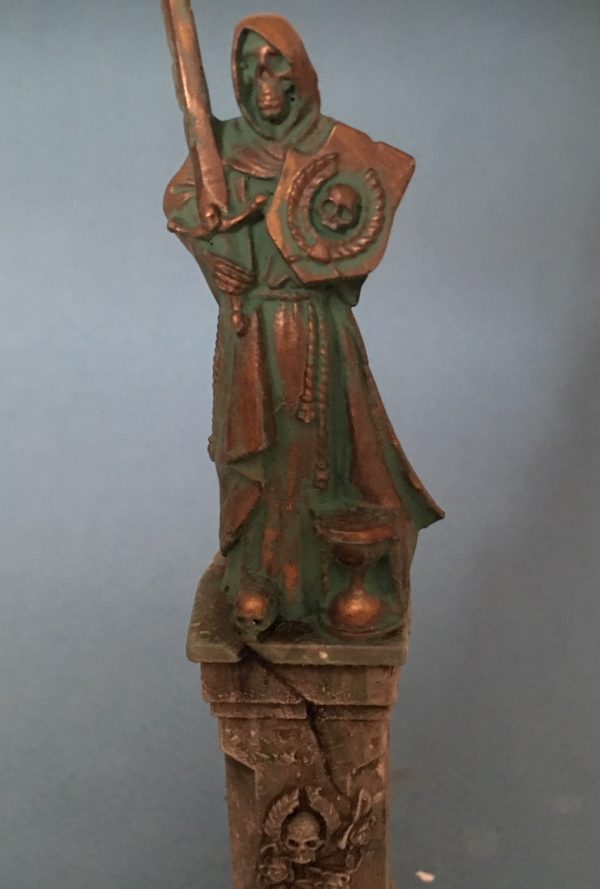 I did two layers of the goo, one a little darker and one more vibrant.  In some areas I polished the gunk completely away, leaving some nivce shiny bronze as a contrast to the matte verdigris effect. 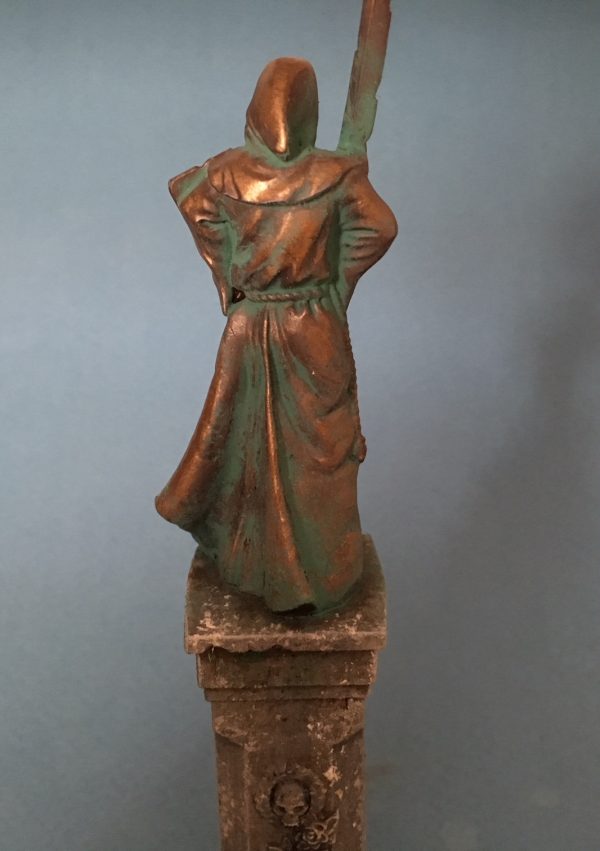 The pedestal was painted following the same method I’d used for the headstones.