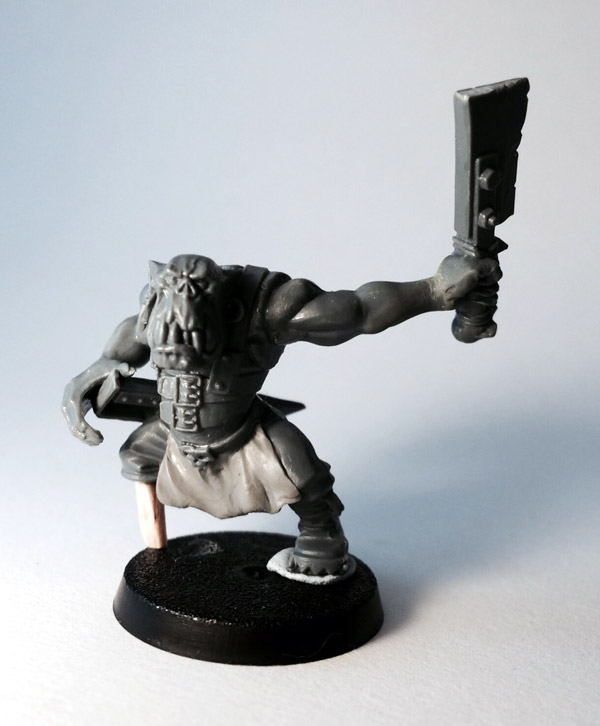 Last night I started building an apothecary for my Orc team. Not that he is a doctor that you’d be particularly pleased to be sent to… 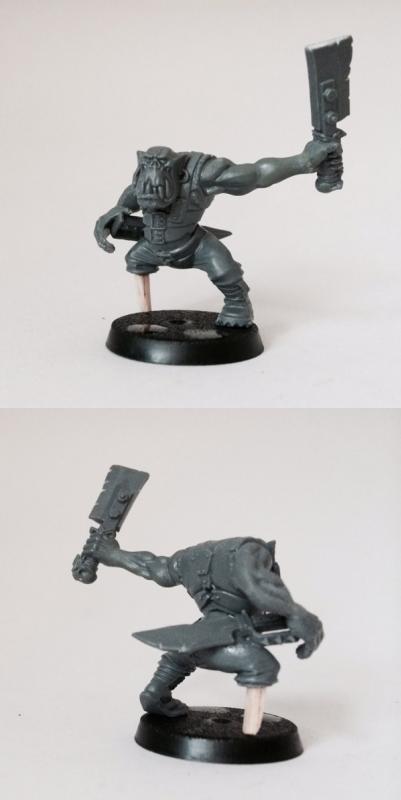 For a while now I have been using Tamiya Extra Thin polycement instead of the more traditional glutinous stuff. It is very runny and comes with a fairly precise brush applicator, meaning you tend not to get the splurges of glue and melted plastic “strands” that sometimes happen with thicker cement.

For this conversion I also discovered that you can use it in a couple of other ways.

Very useful, versatile stuff for any plastic models, I recommend it.

Next I will need to sculpt an apron to make him more dokterly and then a fun, blood spattered paint job awaits.