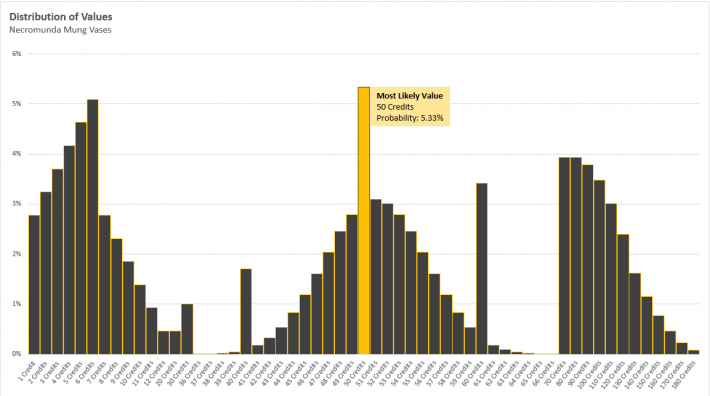 So you rolled a 66 on the rare trade chart. Should your ganger buy that Mung Vase, or leave it on the traders stall where he found it?

As a reminder, Mung Vases cost D6x10 credits to buy and can be sold later for a variable value that you won’t know until you sell it. You also don’t know the price of the Mung Vase until you’ve committed to buying it!  The known information is that the Vase costs 10-60 credits and could be worth anything from 1 credit to 180 credits, but after you’ve bought it the table you roll on to work out what it’s worth is a complex one and makes it far from easy to assess what the potential value of the Mung Vase is, and therefore whether it’s worth sending a ganger to sell it!

Fret no longer Necromundan’s, here is the answer… sort of. 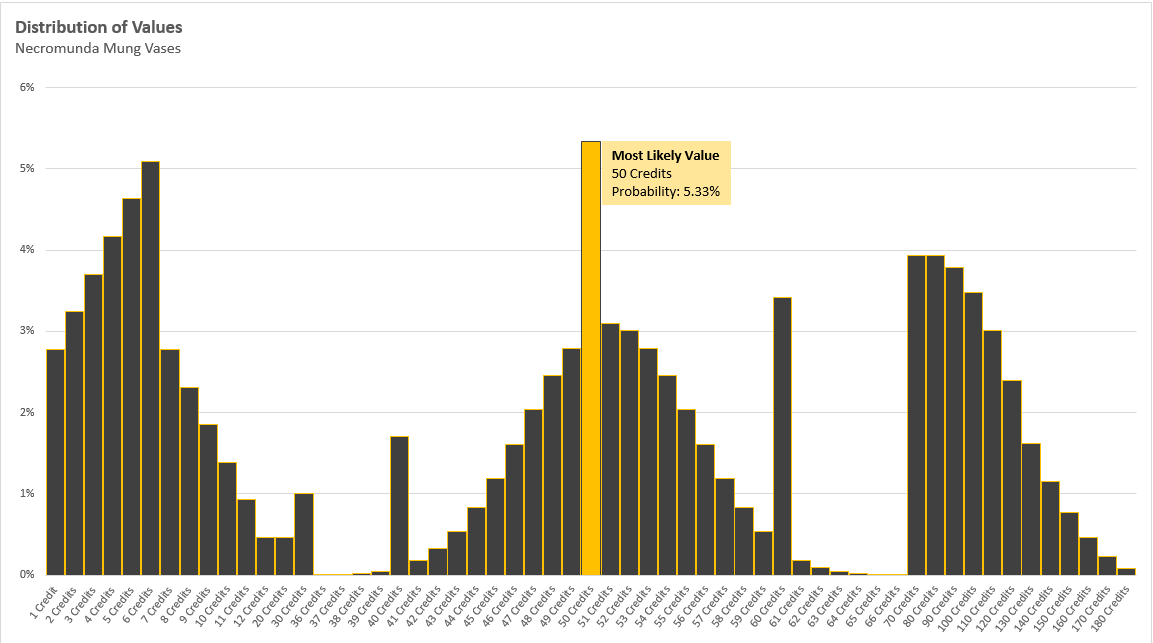 The surprising short answer? Statistically, only a 60 credit Mung Vase is a waste of credits.  Even at a cost 50 credits, your combined chance of winning or breaking even is around 53% making it a statistically sensible if highly risky bet.  So, 5 out of 6 Vases pay off, 4 out of 5 Vases have a probability of winning or breaking even of 65% or higher and in 2 out of 5 cases the probability of doubling or even trebling up is significant.  All this, in theory, makes buying one a no-brainer, putting the lie to the rulebook wording of the Mung Vase:

If you are offered a Mung vase then the chances are it is a worthless copy or a damaged example of only token value. Canny investors will no more touch a Mung vase than a festering sore on a rabid plague rat, but not everyone is so circumspect. You can buy the vase if you’re feeling lucky (some would say gullible).

Disclaimer: I accept no responsibility for the loss of credits by your gang as a result of buying Mung Vases based on the information provided above.  Probabilities of winning exclude any lost income due to your Ganger not working territory and the chance of your leader dying thus losing the hidden location of the Mung Vase for good!