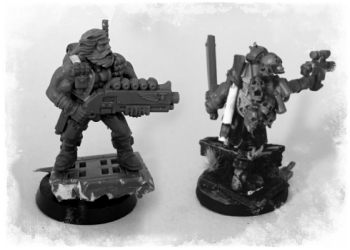 Veteran Guardsman – Rax Logal, veteran of the Mordant Acid Dogs and Inquisitorial Sergeant at Arms. Rax was completed at a group kitbashing/gang building day at my club – where I was able to pick up a suitable left hand and final details to complete the model.  Parts list: Scout legs, Catachan torso, marauder arms and head, scout biker hand, Deathwatch shotgun, Catachan backpack, pouches and sword, Legionary holstered bolt pistol, grenade and pouch on the chest webbing from the scout kit, shotgun shells from the scion kit, marine grenades and skitari pouch. 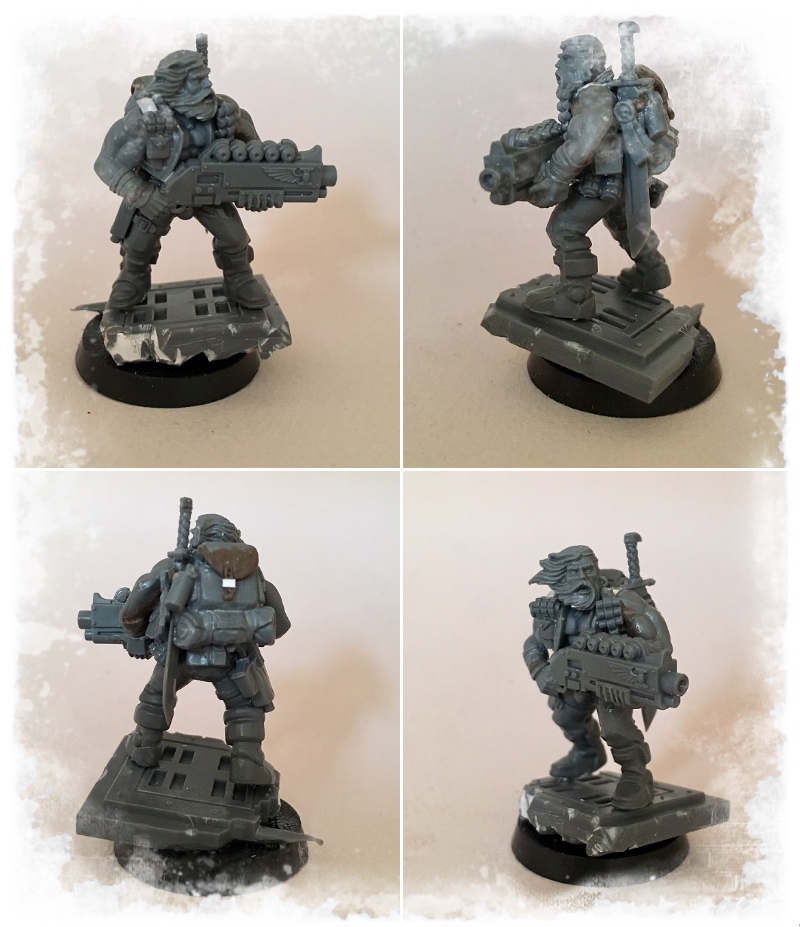 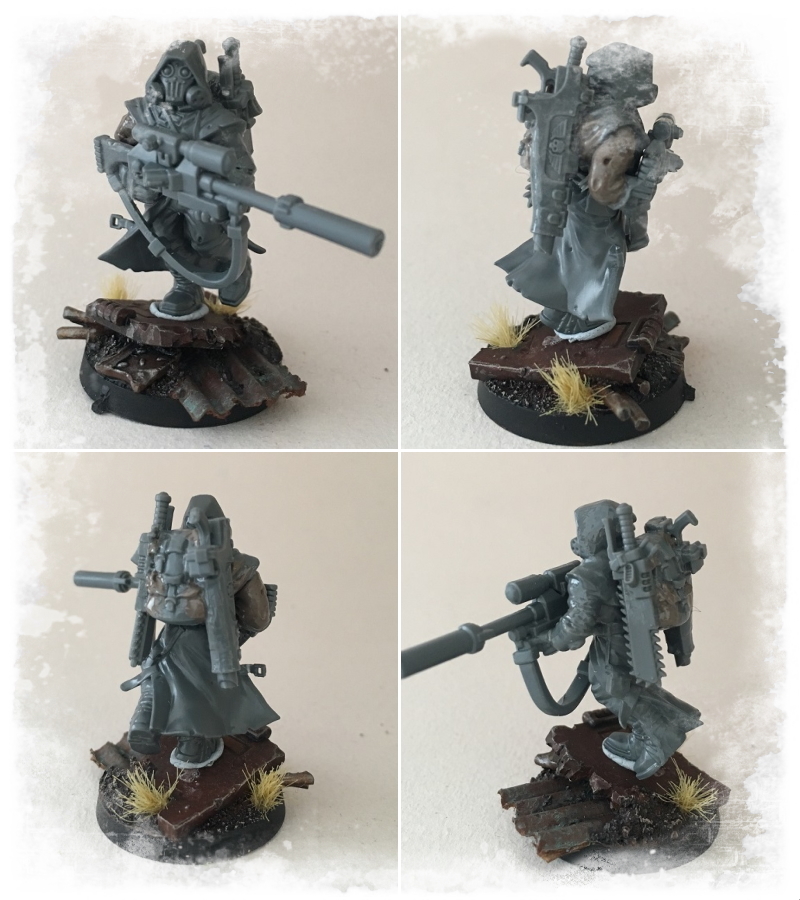 Redisse isn’t the only well known Bounty Hunter to ply her trade in Angel Falls. The mysterious and lethal “Skulltaker” is her arch rival in the settlement. Skulltaker is based heavily on a conversion by PDH.  Parts list: Scout legs, Cadian torso, Catachan arm, Beastman arm, Scout bolt pistol, Ogre sack, smoke bombs from a catachan backpack, shotgun made from a Bolter and some plasticard rod, skulls, pouches and spare shells from unknown kits. The skulls are roped together with fine lengths of rolled putty that are carefully superglued in place before they set. 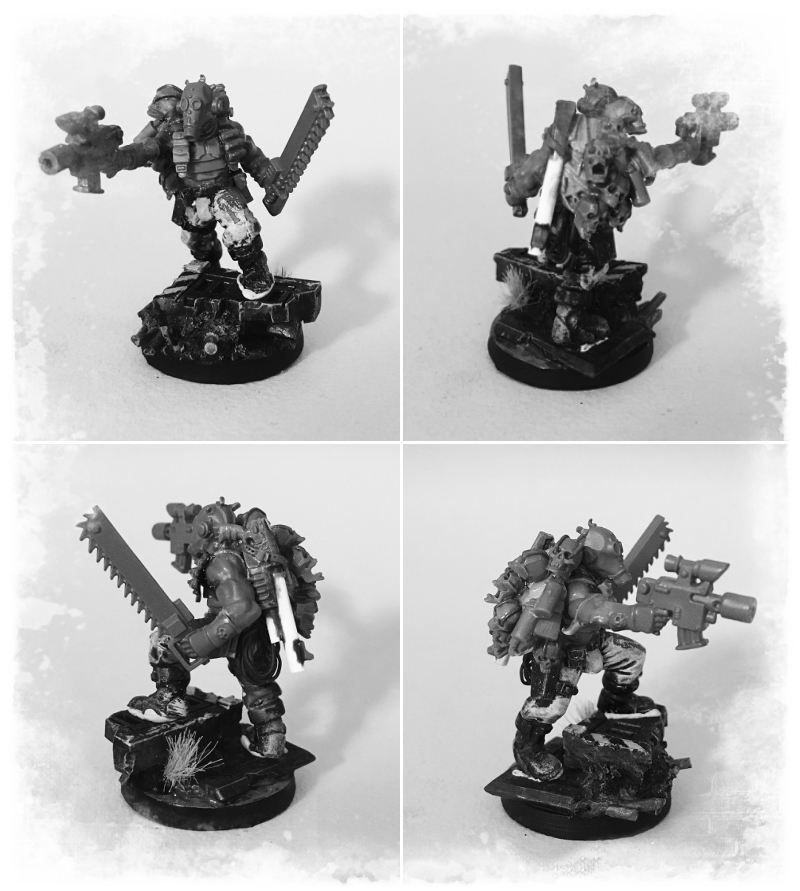 Post Script 08/11/2021: I was looking for a painted photo of Rax Logal to put on a Kill Team data card and realised I never photographed (or at least uploaded) the finished models.