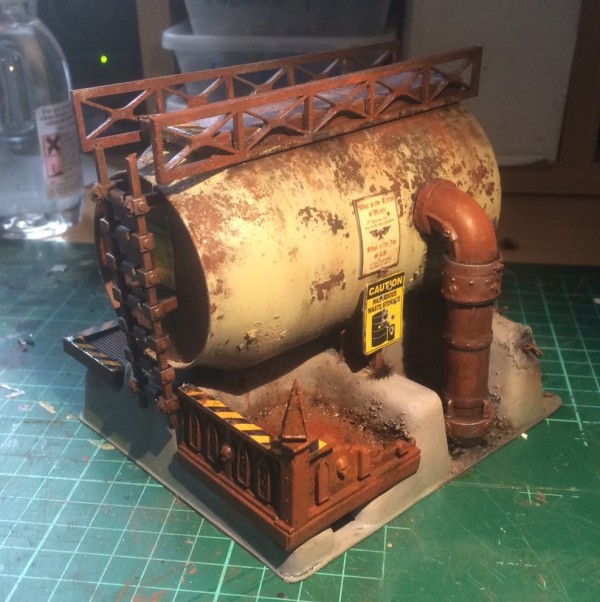 I bought an Amazon FireTV Stick and it had some of that molded cardboard packaging in the box that made a fine foundation for a small chemical tank.  The build of this piece came together very quickly – the paint job not so much! 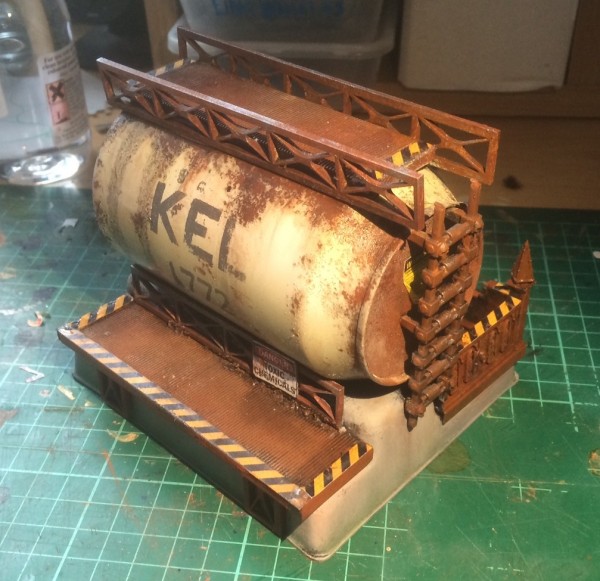 The actual tank is (obviously) an empty drink can with a card disc covering up the end you’d drink from.  I used a few cities of death kit parts to add a ruined corner platform, a pipe leading from the tank to the ground, a ladder at one end and an access hatch at the other.  A couple of window shims formed a platform on the side and on top, and some MDF girders completed the construction.  With a hot glue gun this was all done within the space of an evening. 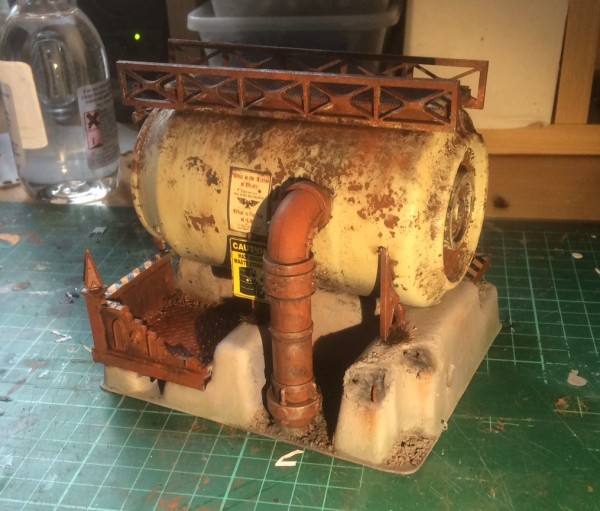 For paint, I started with a rust layer over a black undercoat.  The rust is a mixture of red brown primer (painted on), mid brown and orange GW foundation paints and MIG old rust and standard rust pigments.  Everything is dabbed, stipplied, sponged and brushed on fairly randomly.  I then salt masked the tank itself and sprayed it with beige spray from Army Painter – tough, with an appropriate slightly glossy finish.  With the salt mask removed and some printed hazard stripes glued in place I then weathered the tank with oil washes.  The foundation of the piece that started it all was painted as concrete – using a light grey base, followed by brushing in numerous other colours to achieve a varied realistic finish. 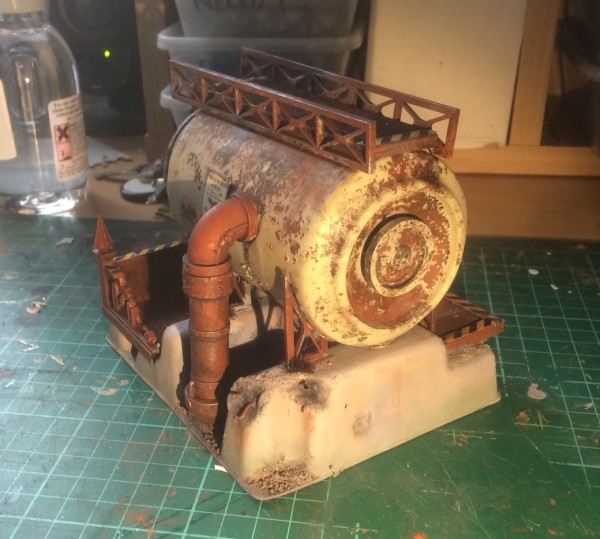 I have taken to picking up junk mail leaflets and using these to create stencils for the terrain by cutting out letters and numbers from the leaflets, attaching them temporarily to the surface of the model,  and then spraying or dabbing paint over the stencil.  The leaflets are generally printed on quite hard wearing glossy paper that stands up well to the cutting, and are replete with numbers and bold typefaces, parts of which if taken out of context work well for industrial lettering.  The letters here are the “KEL” from a Lakeland leaflet and the numbers are part of a phone number from another companies brochure. Keep the junk mail flowing! 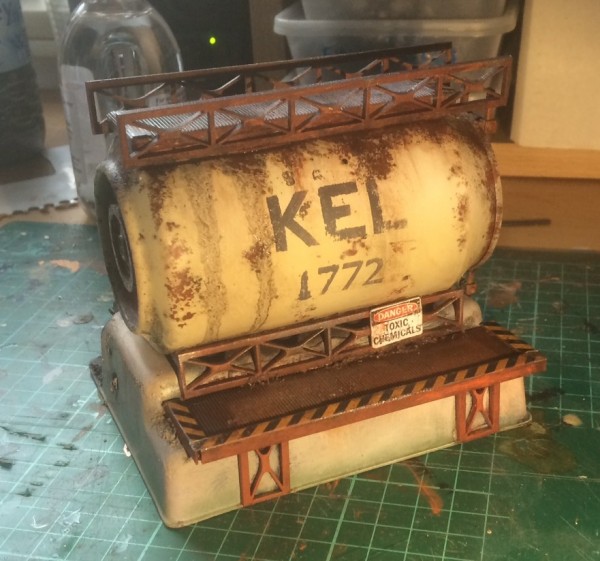 More printed signs complete the tank.  These are mounted on card, cut out and then have their edges painted boltgun metal – a really quick way to create effective signage.