I’ve turned my attention back to Gorfragg’s Gitflinga’s. Not the players mind you but options for the coaching staff. If there is one race that has received bagloads of characterful and fun models from GW over the years it’s Orcs and Goblins (or Orks and Gretchin) and I see the Orc blood bowl team as my chance to have some fun sampling from those models and kitbashing with the awesome modern Ork/Orc kits.

I’ve already started with Gorfragg himself and the Dok, although haven’t progressed the paint job on either very much yet. I decided that Gorfragg would also have a couple of assistant coaches. The Orc on the right will be waving a sign that says “chukk it”. His goblin assistant will be tasked with holding the other two signs – “hit em” and “leg it” – ready for when the assistant coach needs to swap the sage tactical advice he is giving the team. A particularly stupid goblin has been chosen for this job, as the coaching staff don’t want extra signs to be waved thus risking confusing the players. As I hope is evidenced by the posing of both assistant coaches though, the coaching staff are not very happy with the Gitflinga’s interpretation or execution of their advice:

Meanwhile, these goblins will be taking advantage of the distracted coaching team to attempt to thieve the teams bag of teef. I’m not actually sure if Warhammer Orcs use teef as currency in the same way as 40k Orks, but it’s amusing enough for me to assume they do! 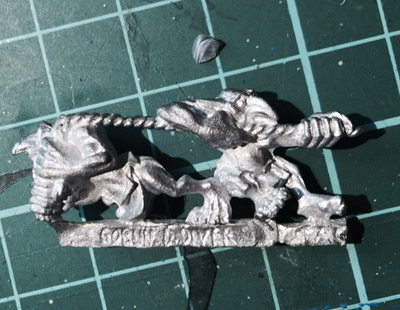 And finally I started collecting models for the teams band of “musicians” and cheering fans, to consist of various drummers and cymbals making one hell of a racket. This will probably be the oldest model that appears in the team: 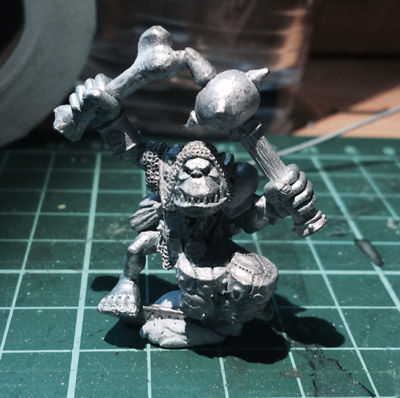 I’ll be swapping both hands with smaller, more finely detailed modern Ork hands, and smaller bones/drumsticks in both, but otherwise he’ll remain as is.

As with the Wildwood Wanderers, the team wouldn’t feel complete without a propa logo, so I put this one together for future use:

Finally I ordered some print your own waterslide transfer paper, so will be having some fun with what you can and can’t do with transfers printed at home: 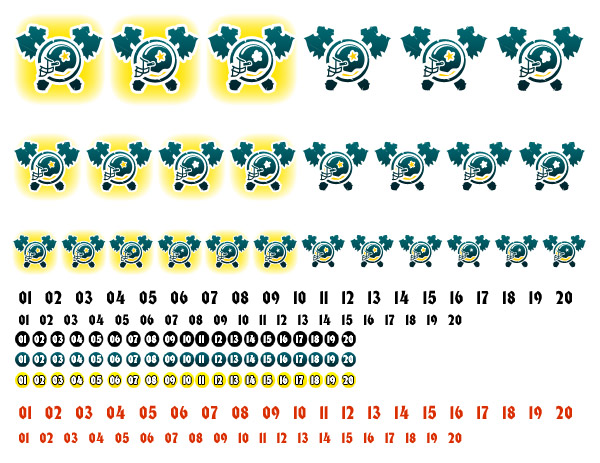