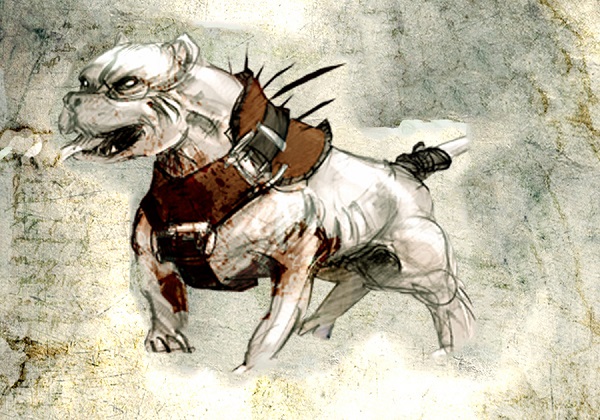 Princess – a bulldog – is the teams mascot.

Somewhat inexplicably for such a tiny model, Princess comes in three parts, with two of her legs being separate.  They are very small, so pinning them is tough, but they also don’t fit snugly into the contact points on the dogs body – making pinning a must in my opinion.  Predictably I managed to drill inaccurately and went through the side of the front leg.  The damage was patched with some putty. 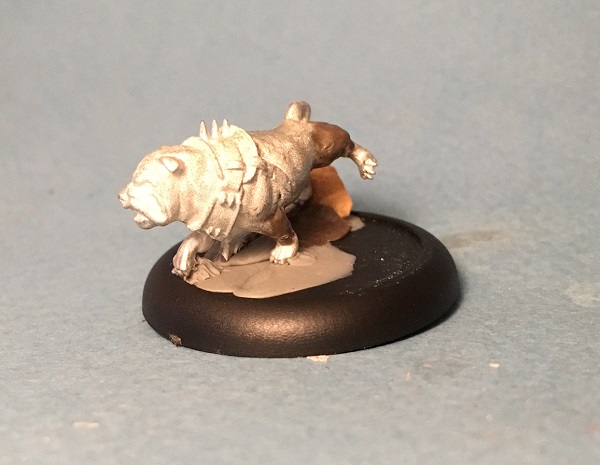 Rather than attempt to pin the back leg as well I decided to model Princess cocking her leg.  This means the separate leg part can be glued more securely to the thigh, and putty will be used to sculpt the leg properly and secure the lower leg in place.  Now, it’s not massively common for bitches to cock their legs to piss, but some do learn this “dominant” trait and this seems appropriate enough for a Butchers team mascot. 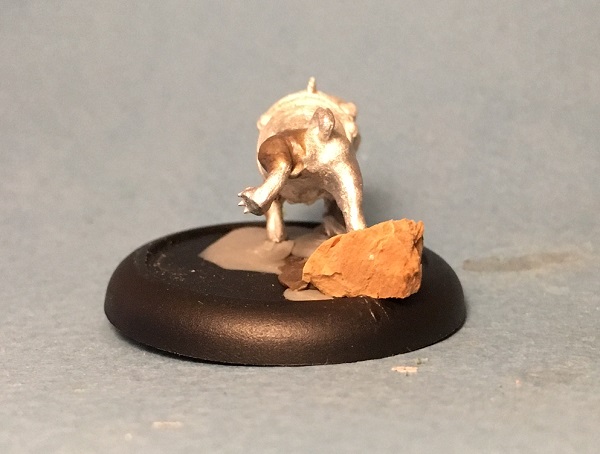 To get the pose it was simply easiest to glue the base tab into a blob of putty on top of the base surface, then build up small areas of putty under both front feet so they are secured to the base too. I mounted a cork rock under Princesses back right foot and then a wooden post fashioned from balsa wood to act as her “target” (added after this photo, along with further base detail). 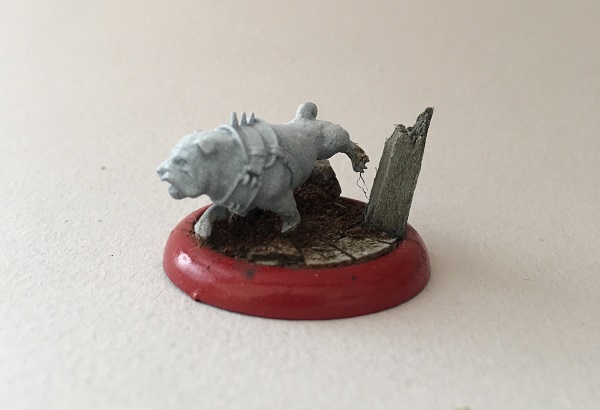