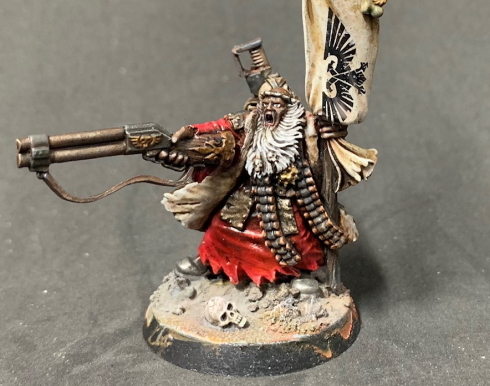 Last month I finally started playing some Kill Team with a club member. We’re playing through the campaign that comes in the Rogue Trader expansion, so I’m using my Elucidian Starstriders which were painted in February’s finish your stuff challenge.  As a result of all this we’ve both got rather excited about Kill Team as it seems to have the perfect blend of low model count, small play space, quick play time, strong narrative potential, good rules “crunch”, and a sufficient but not over the top experience and campaign system.  We started thinking about what we wanted to do next with Kill Team and decided on the Inquisition vs Death Guard.  Consequently I vowed the following models for September:

This was a demanding month with essentially 5 character models to paint, 1 of which needed to be converted from scratch (Karandras had no prior work done on the model at all).  Consequently I failed, achieving only 3 of the 5 planned models.  These sisters are spectacularly detailed models that take a long time to paint, and I dislike painting black power armour. That’s my story and I’m sticking to it! 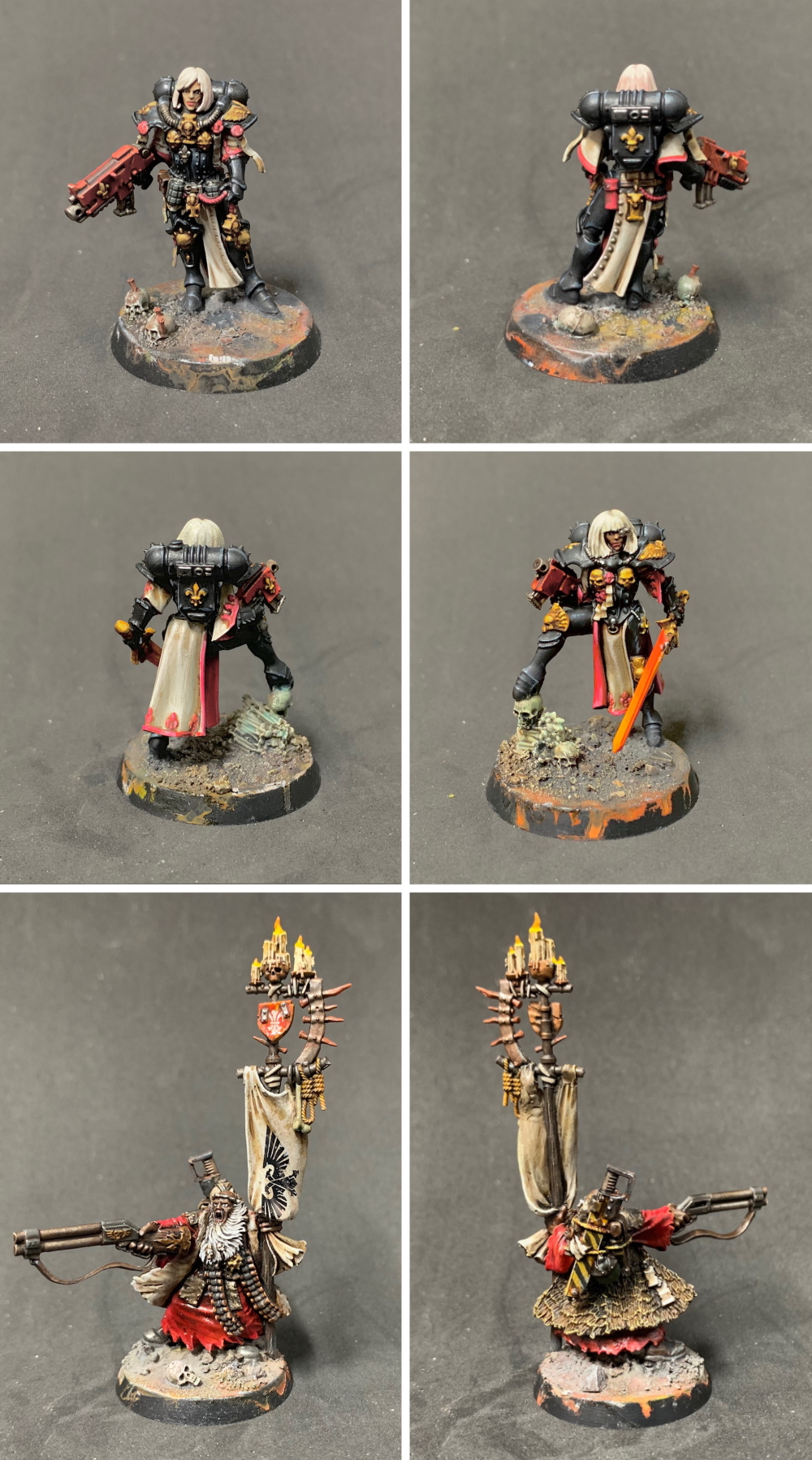 As an aside, there are no Kill Team Inquisition rules but throughout the month I found it a rewarding exercise to build and cost characters based on other profiles, trying to swap weapons and rules for comparable ones. For example, when it came to creating Inquisitor Khronos Hybris, who is a bombastic and powerful Ordo Hereticus dude armoured up to the nines, I used a Primaris commander profile and worked from there. For Inquisitor Bane, a psychic Ordo Xenos inquisitor more in the vane of your Covenant/Eisenhorn figure, I started from a Chaos Sorcerer instead.  This made sure that I had a reasonable basis for the points and for any modifications I erred on the side of slightly overcosting them.