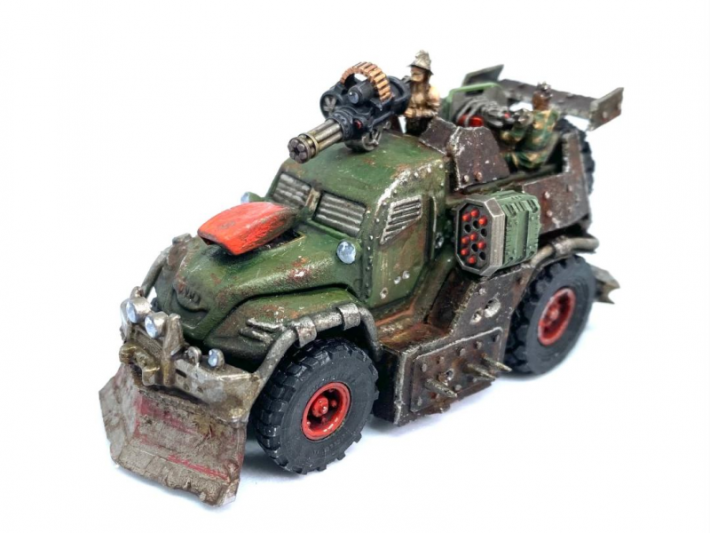 This truck started as a thought experiment:   You see, in Gaslands, weapons can be front, rear, side or turret mounted, with the side mounted weapon being able to shoot to either side. How to model this wasn’t immediately apparent to me. The obvious solution is to have two of the same weapon, each mounted on one side of the vehicle, but I got to thinking what sort of weapon mount would allow a gun to be fired to either side of the vehicle but not to the front or back.  One of my ideas was to have a pintel mounted gun mounted in the flatbed of a pickup truck. The gun could then be swung on it’s pintel to either side while the cab of the truck would prevent the gun being shot forwards.  If the rear of the truck were also built up in some way (with armour plates for example) it would also prevent the gun being fired backwards – presto.  I opted for a flamethrower for this as I had been running a side mounted flame thrower on a truck for a while – this seems like the best use for a side mount and the short ranged but lethal flamethrower as a truck will be in among the pack more than the racing vehicles I’ve tended to build so far.

As this model came together it got more and more heavily armed and armoured, and what started as a truck with a side mounted flame thrower ended up being by far the most heavily armed and armoured vehicle in my Gaslands collection. I christened it “War Bastard”, a name with some pedigree among my wargaming models, also being the name of my Goliath leader (and originally stolen, of course, from the robot wars episode of Spaced).

Anyway, this is the truck I started with, a Matchbox “Road Raider” military police truck (although mine was blue). It’s pretty cool out of the box, and to start with I didn’t intend to do much to it beyond adding the flamethrower dude. 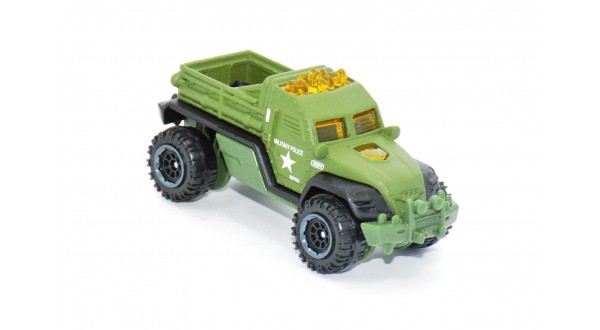 Here are some pre-paint photos showing the completed build: 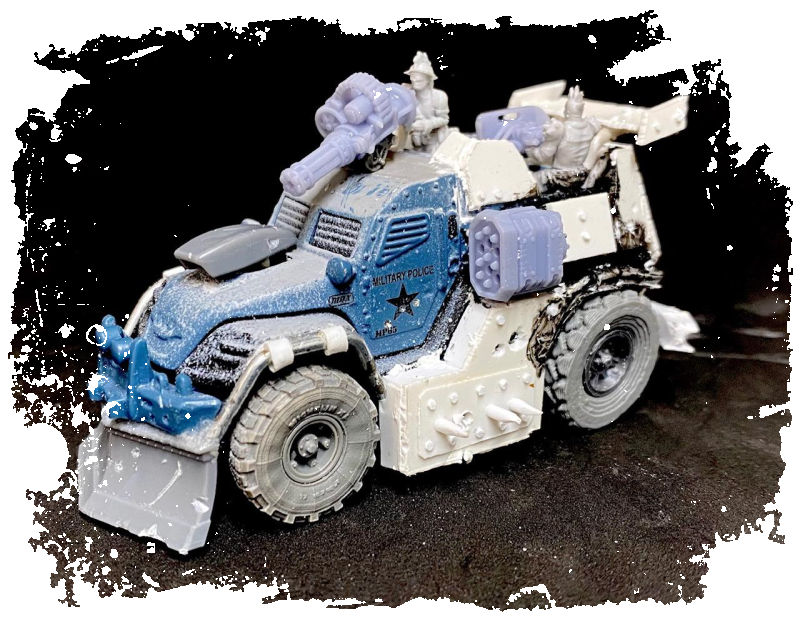 The major changes and additions are:

All plasticard sheet armour was nicked and filed along the edges to replicate a cut steel effect (as in cut with a plasma torch) and I used slices of 1mm hex rod and 0.5mm round rod as nuts and bolts. 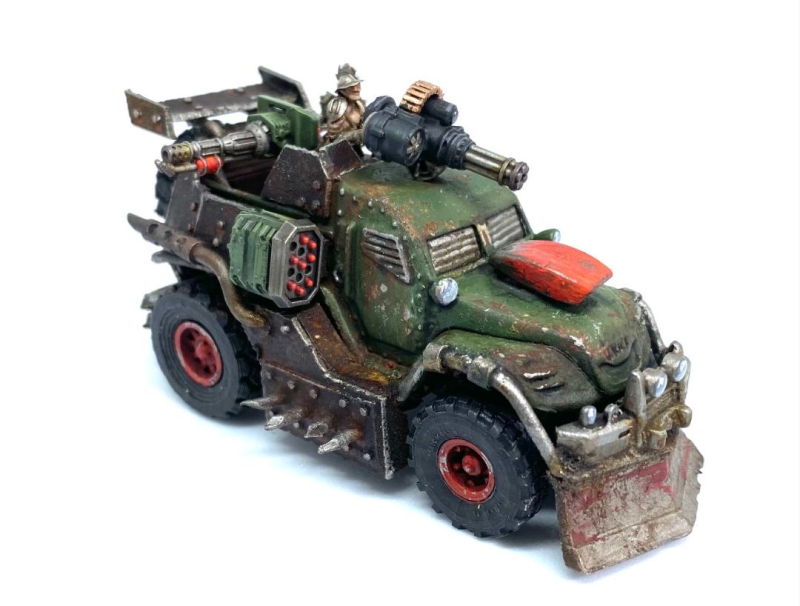 The original truck body was painted in rust tones, varnish, chipping fluid then a military green before being flaked off in various places and further corroded and weathered with rust and grime washes and gunmetal chipping painted with a sponge. 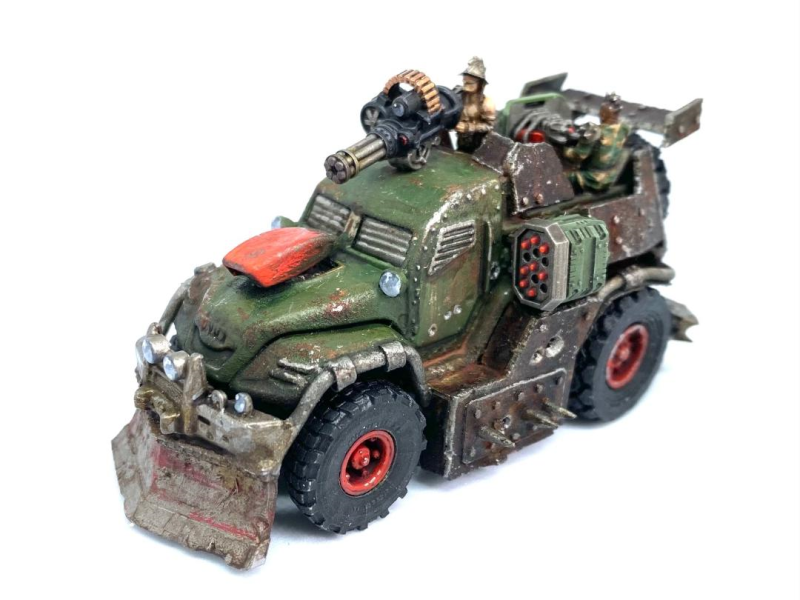 The steel plating was painted with a heavily corroded surface, mostly achieved with Citadel “typhus corrosion” and stippled on rust effects. Then all weld lines, bolts, cut edges and recent damage were painted in with gun metal.

I’m not completely sold on the red wheels and other details but it at least gives the model some “pop” and will play a few games with the finished truck before deciding if these need repainting.