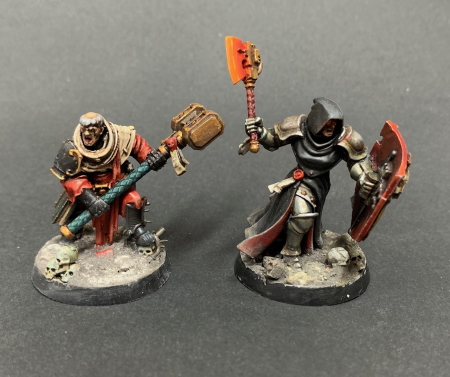 For the longest time I’ve been starting Crusader kit bashes and then abandoning them half built.  This one was a breakthrough, using a Stormcast Sequitor as a base. 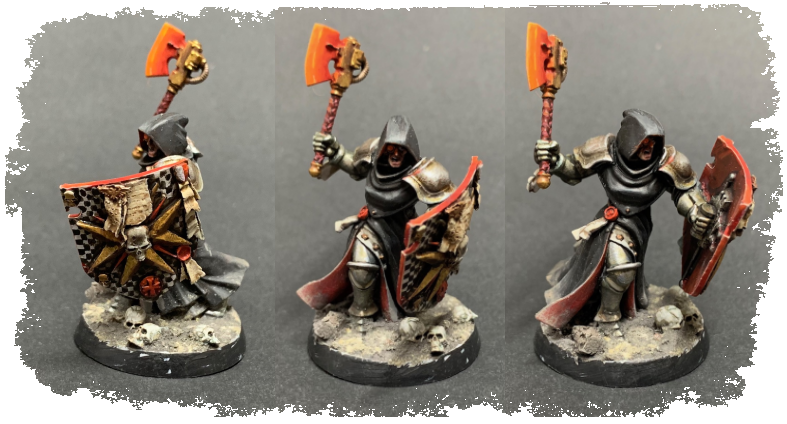 However, Stormcast in general are huge models and tower over Space Marines – certainly too big to represent a S3/T3 human – so I had to shorten her considerably. I cut the model at the waist which affords the chance to remove lots of height, but only doing this would result in a model with strangely long proportions so I also removed milimetres from the waist (narrowing the hips as well), and separated the exposed leg armour into upper and lower parts to take height from the leg before reattaching.  Finally a mm or so can be saved by shaving the bottom of the feet. 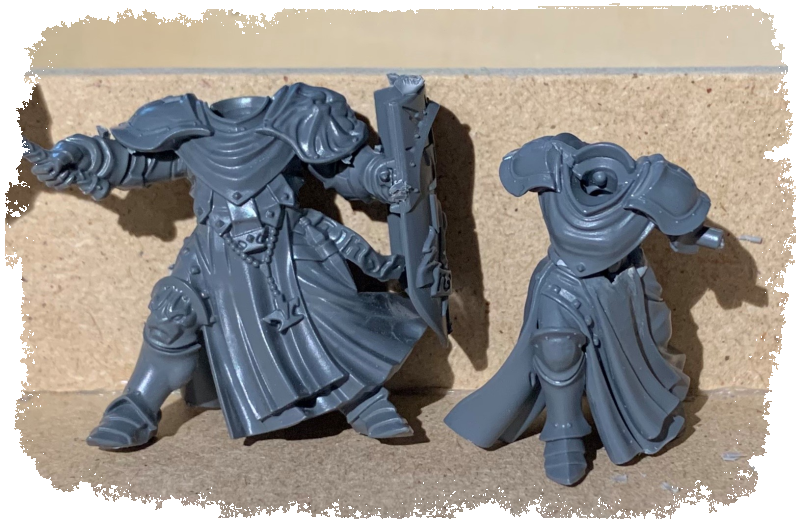 Once torso and legs were glued back together I resculpted the front robes and added a belt made from plasticard strip. The rest of the model is made from a Dark Angels head, space marine arms, Black Templars shield, and old school power-axe head on the haft of a Stormcast hammer haft.

Cain leads my Ministorum kill team, is on the more ambitious end of the conversion spectrum. The base model is the Cawdor leader and he wields a Deathwatch thunder hammer. I used a wire pin to join this to the left shoulder, then could position the extended right arm from a chaos marauder before gluing the hammer into place. 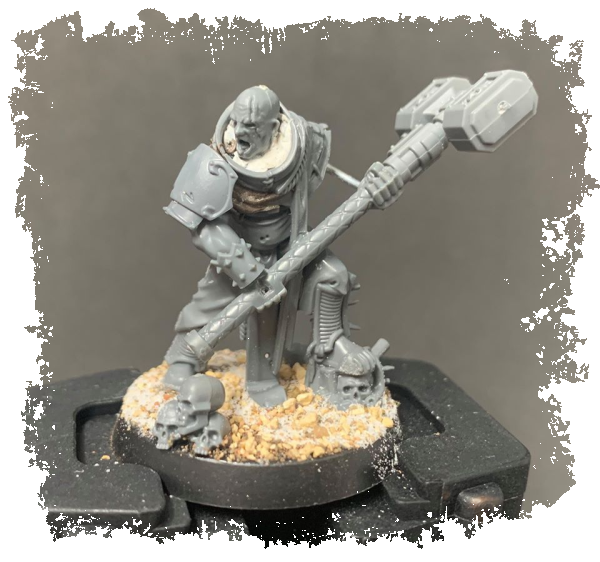 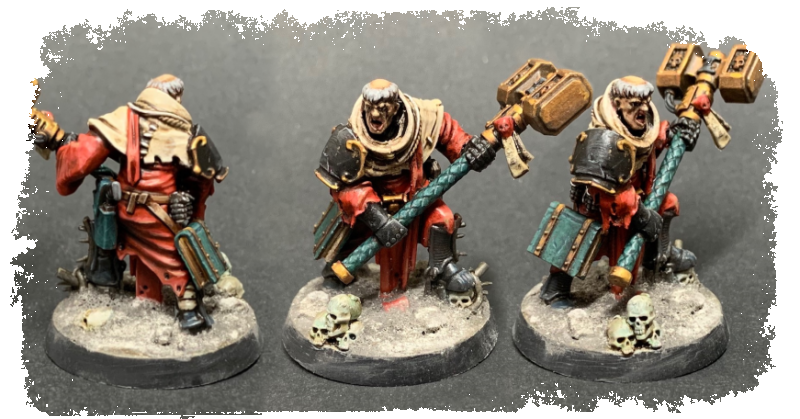