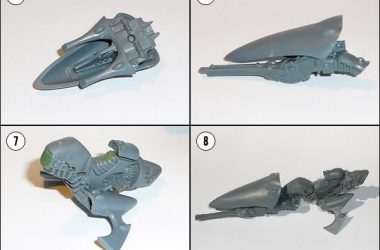 This is my first “better jetbike” design from 2009, a very long time indeed before Games Workshop released the modern jetbike.  I include the post only to show the genesis …more 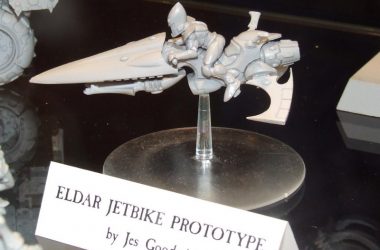 The mould making stuff has been in a box for years but it seems ok so far, and by way of proof and illustration here is a thoroughly uninteresting photo …more 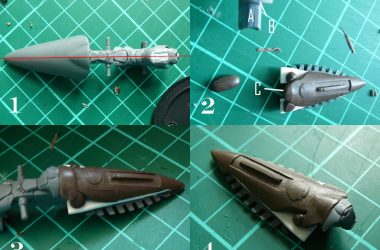 In the last week or so I’ve made a good start on the project. Firstly all my new stuff arrived, including the Reaver bikes, and I set about making an …more 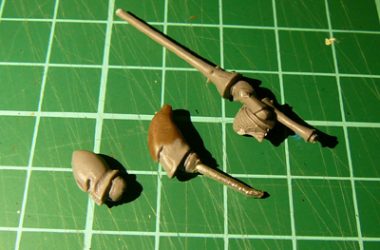 Just a small update tonight, on the Shining Spears. I first thought to use what I think is a Dark Elf cold one helmet but eventually decided to modify a …more 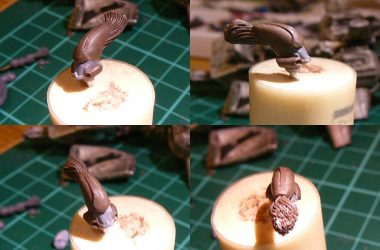 Just a small update today (when aren’t they!?) Firstly, not worth a photo particularly but I’ve finished the inside canopy part so that’s ready for casting. There’s some silicon release …more 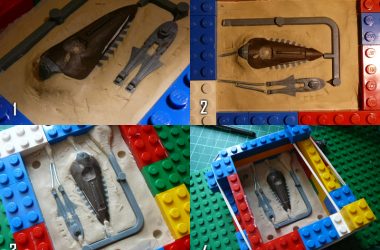 Last night and this morning I started the process of making a mould of the finished part. Since I’ve also finished the shuriken catapults I decided to cast these at …more 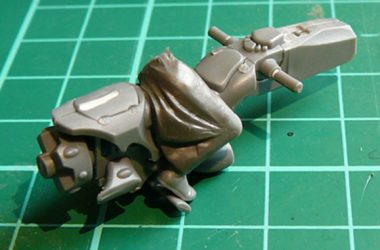 Today I set out to pour part 2 of the mould. I’m itching to get on with making my first cast so nearly rushed into something I would have hugely …more 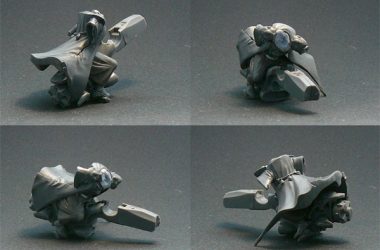 A little more progress made in fits and starts throughout the week. Still waiting for the mould release agent, though I think it might be waiting for me at the …more 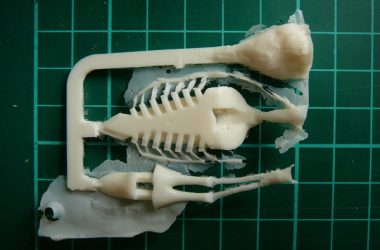 I finally picked the mold release agent up from the sorting office yesterday and I have made my first cast. I’ve been mildly surprised to find it worked almost perfectly, …more 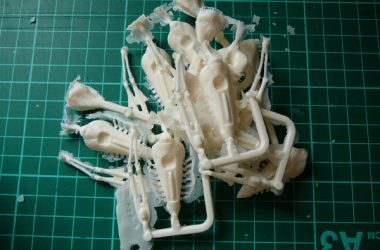 An update on casting.  I hit a snag where the mold seemed to get better technically which perversely led to creating worse casts. After about 4 or 5 successful casts, …more 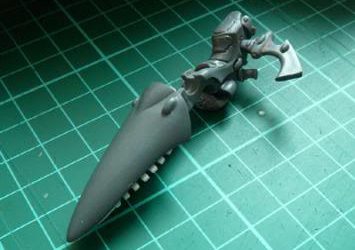 So far, I’ve been thinking of using the old jetbike fin attached to the ammo part from an Eldar missile launcher as the new fins. This looks like this: Speculatively …more 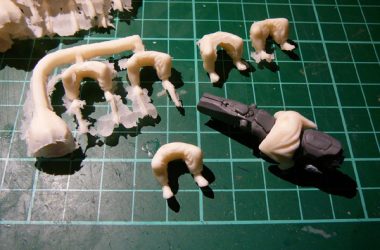 Happily the leg casting worked out ok, my fears about poorly mixed rubber were ill founded. The mold looks like this: The pouring and air flow directions are as follows …more 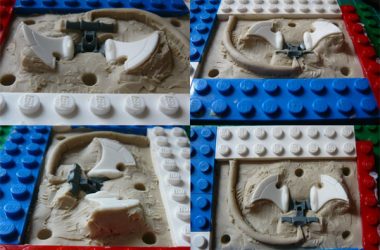 A small update.  The fins planned for the shining spear bike (using fins from the flyer kit) are now going to be the fins for all bikes. They just look …more 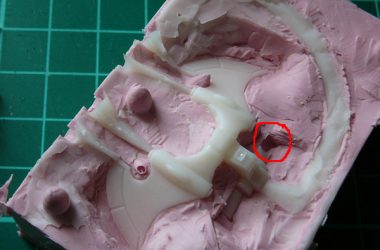 Another “troubleshooting” type post today after my last one about fixing the canopy mould, for those interested in the technical details of the casting process. I stole a march over …more 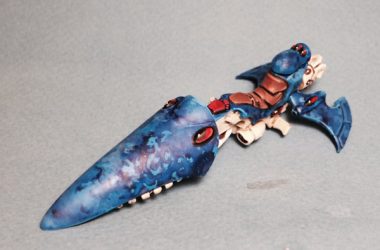 RIGHT! It’s been over a year since I actively worked on this project, but a new escalation league at my club (which I’m running) is bringing it back onto the …more 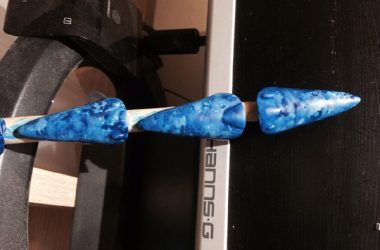 The 40k campaign that will be kicking off soon has massively reinvigorated my interest in my Eldar.  I’ve selected an initial 500 points that includes multiple models I haven’t painted, …more 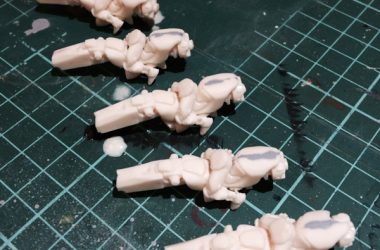 This last week has involved a lot of casting and molding in an effort to get the bikes ready.  First, I cast up 4 left and 4 right pilot arms.  …more 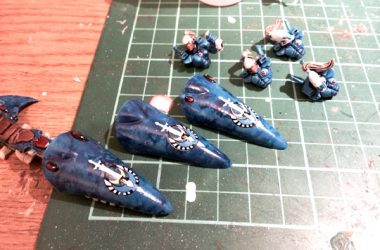 I’ve spent the last week or so painting all the parts for my Guardian bikes in sub assemblies.  There is not much to say about these. As usual with the …more